Non-Competition Agreements: What They Are And How You can Align Yours With Best Practices 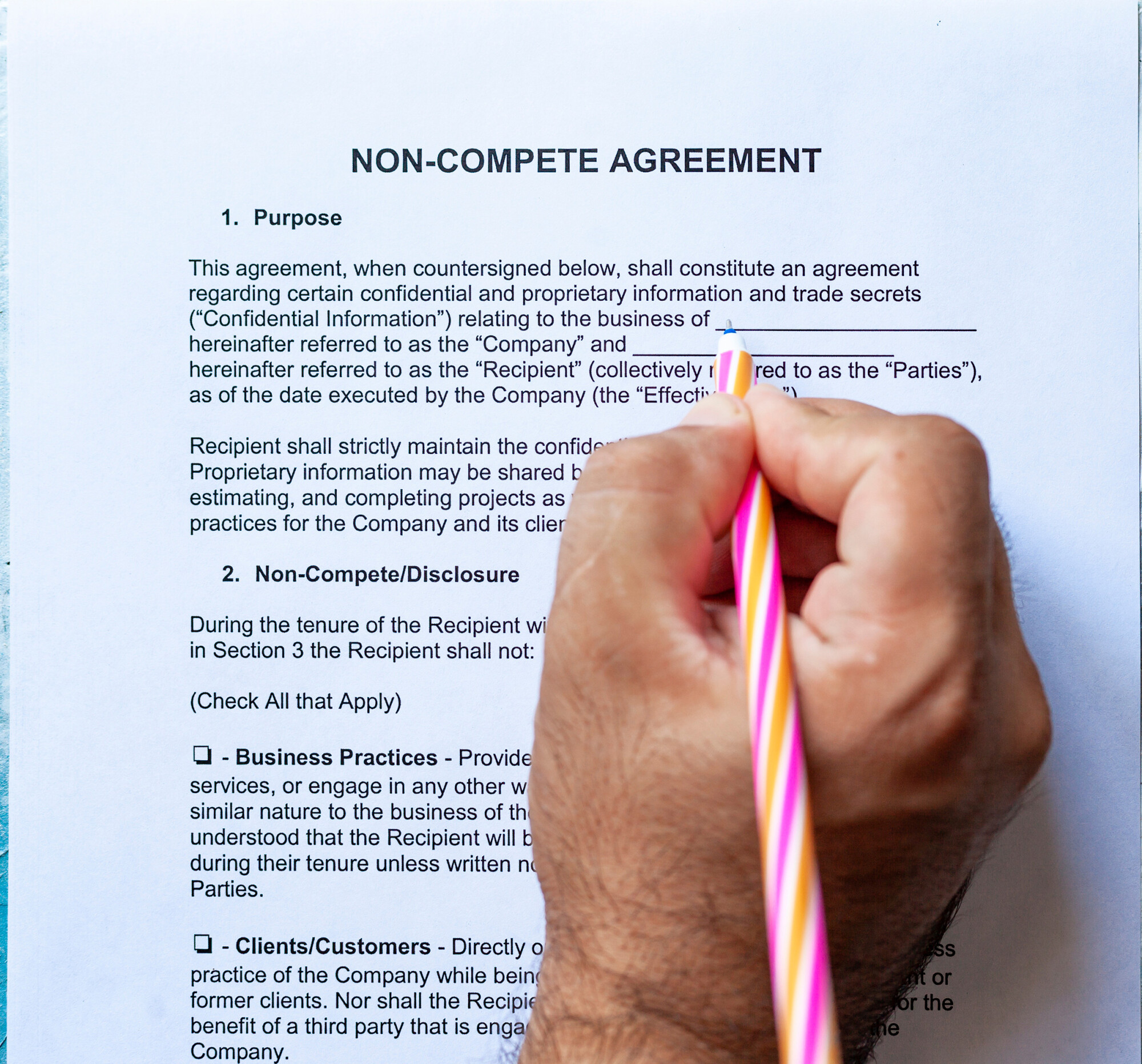 A non-competition agreement – also known as a non-compete agreement or non-compete clause – is a stipulation often found in employee contracts that prohibits an employee from engaging in the same type of business with another employer if they leave their current job.

These clauses have been in employers’ toolboxes for decades, largely to protect proprietary information and trade secrets from competition. However in the past few years, non-competes have come under fire from the Biden Administration.

Knowing this, our team has put together some key points on non-competes, laws that govern them, and changes that we’re seeing in the Biden Administration.

The purpose of a non-compete

The most common reason that an employer will enter a non-competition agreement into a contract is that it protects the employer from employees leaving the company and using the knowledge, skills, and potentially trade secrets, to be in direct competition to the company. It also helps boost employee retention by making it more difficult for people to be recruited to other companies or look elsewhere in their industry.

The language is typically parallel to the following:

Non-competition agreements are contractual, so they require mutual assent from both parties to the agreement. An employer can have the policy, but the employee must agree and consent. Therefore, the clauses typically appear in contracts of employment or during the hiring process. Non-competes should not be included in a handbook or employee manual after the point of hire because doing so does not create a contractual obligation and, if ever contested by an employee, would likely not be enforced by a court of law.

One aspect of non-competes that companies typically do not consider is that because non-competes are contractual, companies must respect the rights of other companies who have valid noncompete clauses with prospective employees. This means that if an employee is recruited or is in the hiring process and has a valid non-compete with another company, the company opens itself up to legal risk.

Doing so with knowledge of a non-compete – or worse, intent to break it – is a recipe for a lawsuit alleging interference with another company’s contractual rights.

To avoid potential liability, during the hiring process, companies should always ask whether new employees are subject to any employment restrictions, including non-competes, that would prevent them from working at the new company. If the answer is yes, then their prospective employment should go no further.

Like many laws, non-competition agreements are treated differently by state. Some states, like Washington and Massachusetts, ban them for low-wage and hourly workers, others like Oklahoma and California ban them completely, and others, like New York and Nebraska, have no applicable laws at all.

Michigan lands somewhere in the middle – non-competes are legal and enforceable, though they must be: (1) narrowly drawn; (2) to protect a reasonable business interest; and (3) be reasonable in their duration, geographical area, and type of business, as defined by MCL 445.774a.

For example, an automaker in Detroit could legally use a clause saying that employees could not work for another automaker, within the Greater Detroit area, for two years after termination of their employment. An automaker may have legal trouble if, however, the clause says the employee could not work for another auto or other fuel-powered vehicle maker, anywhere in the U.S., for ten years after their employment is terminated.

President Biden and his administration have been clear in their pursuit of legislation to restrict most or all non-competition agreements nationwide, with the rationale that it reduces the competition among businesses and stifles worker job mobility and wage growth.

On the campaign trail in 2019, the President spoke directly on the matter, saying, “It’s simple: companies should have to compete for workers just like they compete for customers,” and, “We should get rid of non-compete clauses and no-poaching agreements that do nothing but suppress wages.”

Several months after entering office, his administration administered an Executive Order that would require the FTC to address the alleged abuse of non-competition agreements, one step towards the broader goal of moving to a new standard of enforcement that only allows non-competition agreements that are absolutely necessary to narrowly defined categories of trade secrets.

How does this affect your business?

While there is little that companies can do to affect policy on non-competition agreements, there is much they can do to prepare.

First and foremost, staying abreast of legal changes and challenges to non-competes is one of the most important things to do, in order to remain in compliance. Companies should also ensure that they have the proper legal protections around trade secrets and proprietary information and reinforce confidentiality agreements that protect the company’s rights under the Defend Trade Secrets Act (DTSA).

If you have further questions or concerns about non-compete agreements and avoiding legal complications, contact one of the authors of this article or another member of Foster Swift’s labor & employment law team.

View All Posts by Author ›